These guidelines are based on riders with average torso and leg lengths, plus our experience fitting thousands of riders. For additional information about bicycle fit, please see the detailed geometry charts and drawings found on each product page.
$1,499.00
8 reviews

Free Sinch fenders and light set  with every Sinch purchase while supplies last! Add the Sinch ebike to cart and your items will appear in your cart.

Offer not valid with other promotions. If an error occurs during checkout message our support team and they resolve the problem. 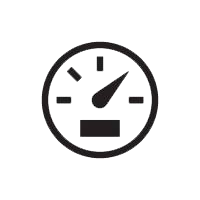 On Pedal Assist and Throttle 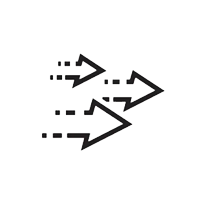 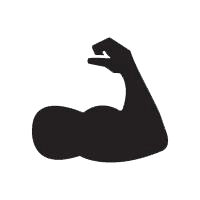 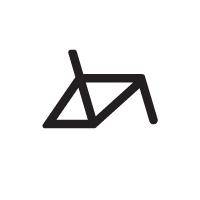 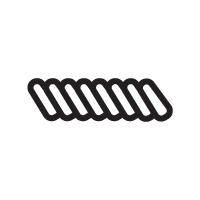 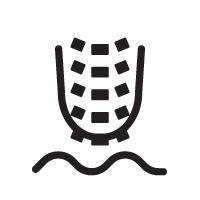 4" Fat Tires for a Smooth Ride

The unicorn of ebikes does exist. Introducing the Sinch - the most versatile folding fatbike on the market. With massive 4” tires, a suspension fork, and plenty of power, the Sinch is super comfortable and handles like a dream to ride on all terrain types. Perfect for those with limited storage space, the Sinch is foldable and easily stored in your closet, under your desk, or in your RV. Regardless of where you ride and where you travel, the possibilities are endless with the Sinch.
“It has a sporty ride feel ride with the wide off-road tires and the powerful 500 watt (750 watt peak) motor that gives it some kick!”

We Know What Builds A Great Ebike (draft section)

The unicorn of ebikes does exist. Introducing the Sinch - the most versatile foldable fatbike on the market. With massive 4” tires, a suspension fork, and plenty of power, the Sinch is super comfortable and handles like a dream to ride on all terrain types. Perfect for those with limited storage space, the Sinch is foldable and easily stored in your closet, under your desk, or in your RV. Regardless of where you ride and where you travel, the possibilities are endless with the Sinch. 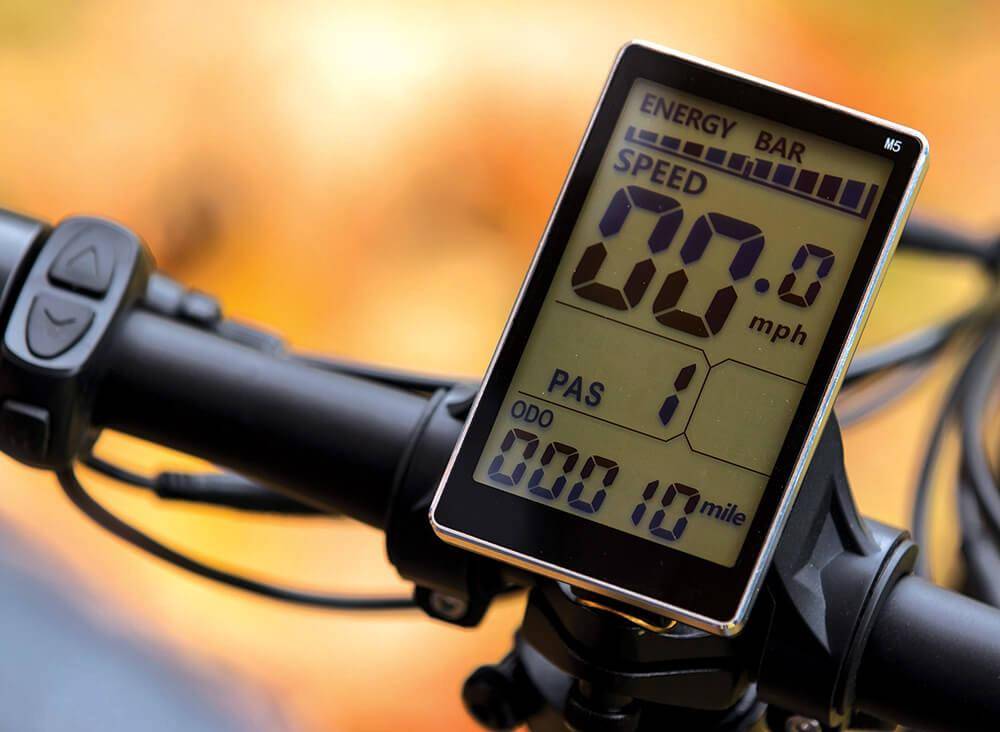 Sinch controls are easy thumb buttons, right on your handlebar. Our incredibly thin display shows your speed, distance, battery charge, and much more. 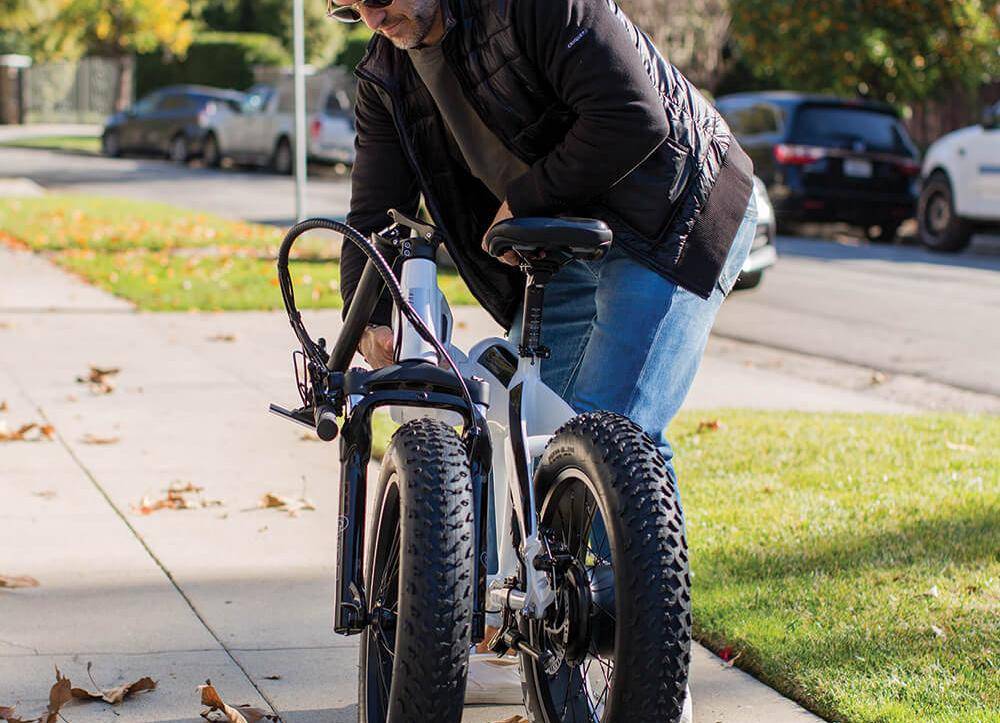 Sinch folds in half for storage or transport in just seconds. Ditch the bike rack and store the Sinch in your car's trunk. 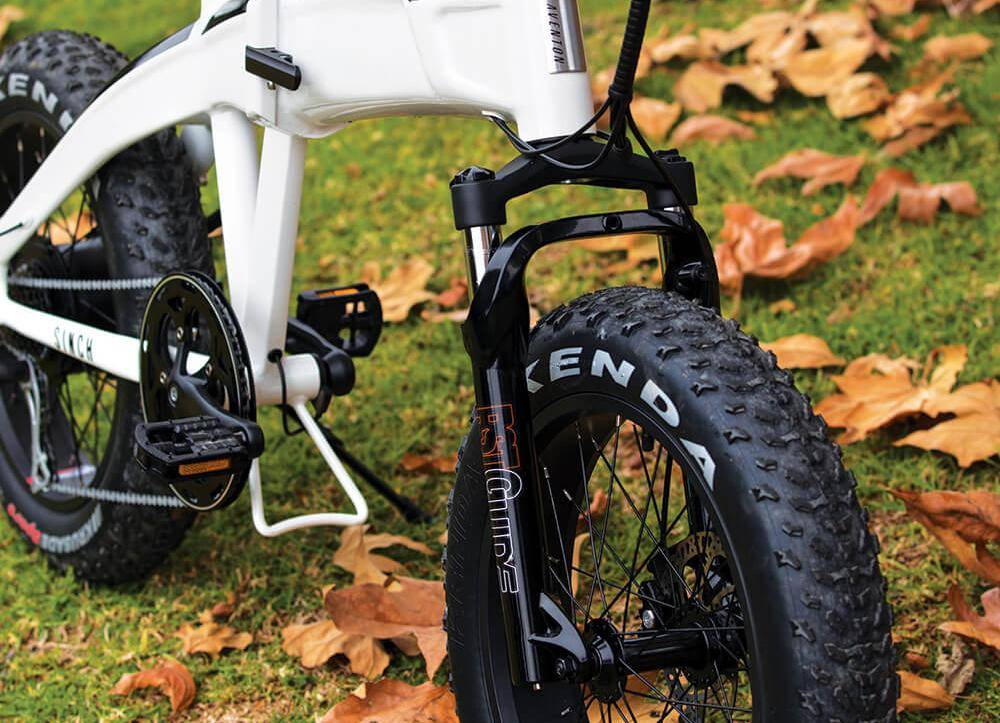 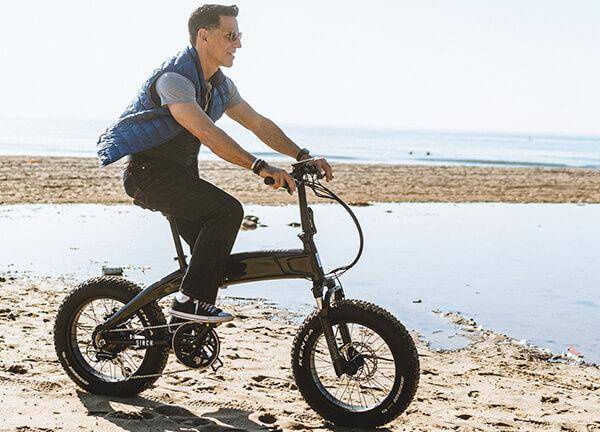 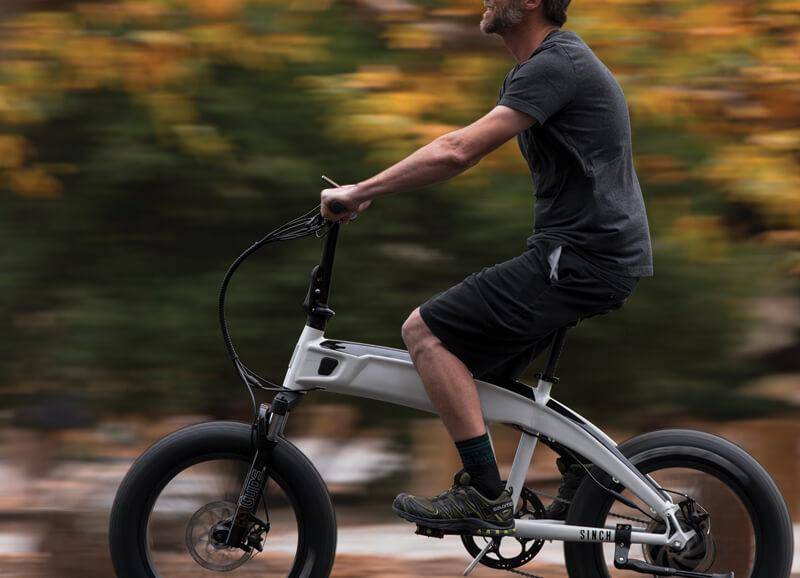 The removable and stealthy 14Ah battery hides completely inside the folding frame and features a big 672Wh capacity for long rides. 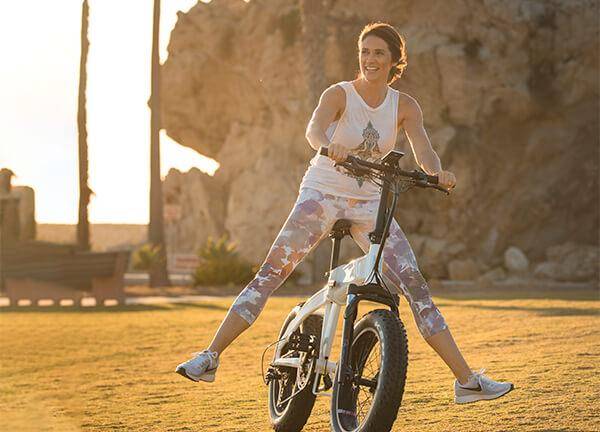 Shifter, derailleur, and freewheel from a trusted brand. 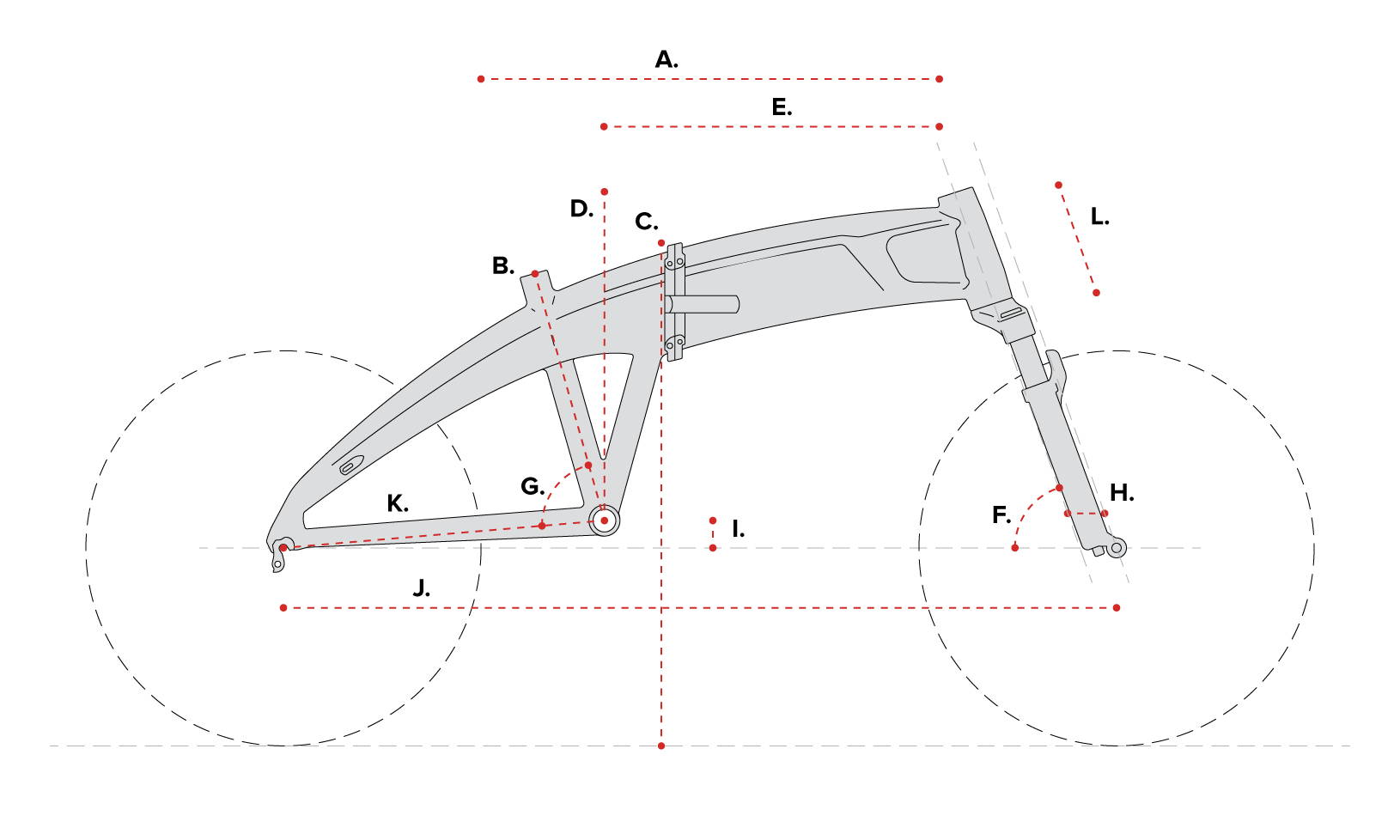 20 MPH on pedal assist or throttle

Sinch ships as a Class II ebike, with up to 20 MPH on pedal assist and throttle. If you are riding on private property or in an area without ebike speed restrictions, the speed limit can be modified in the settings, and Sinch's poweful motor can go up to about 24 MPH on pedal assist. Sinch can also operate with the throttle unplugged and removed, should you want to ride in an area where throttles are not allowed.

Aventon ebikes are built to the IPX4 water-resistant standard. IPX4 means that your bike is resistant to water splashes from any direction. This means it’s OK to ride or park your ebike in the rain. It won’t be harmed by spray from a wet road or raindrops. Your ebike is not intended to be submerged or subjected to a pressurized spray. Don’t use a pressure washer or sprayer to clean your ebike.

Aventon in the wild

Tag your photos #aventonbikes or upload your own here 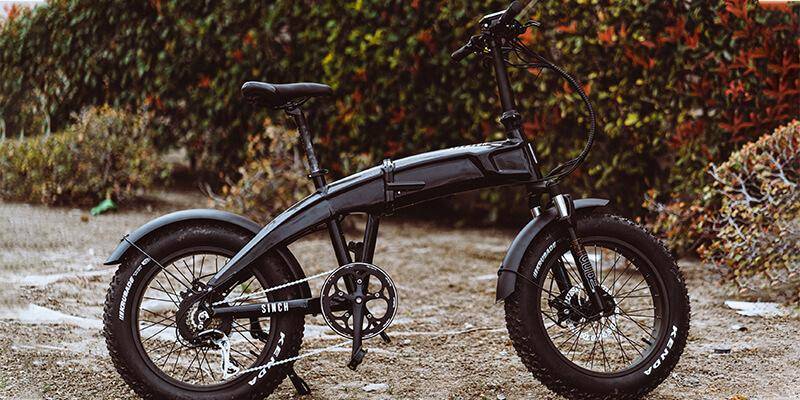 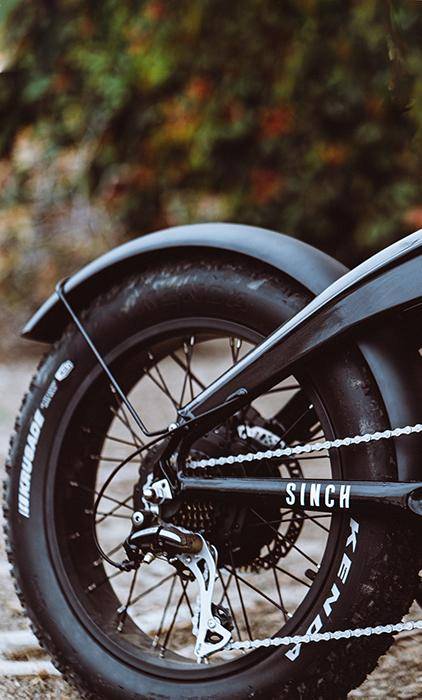 I purchased the Sinch for an accessiblity vehicle, as the bridge that provides access to my golf course and access to my boat is going to be re-built, providing only half the passable lanes (and bike lane) to cross. My idea was to avoid all the traffic that will ensue, leave my vehicle on one side, ride my Sinch across with ease and no traffic concerns! However; everything is shutdown currently, so I’ve not needed to use it for that purpose. But I’ve been riding it for fun and wow, is it fun. Hills are non-existent and I live at the bottom of some big ones with only ocean as the other means of exit…so I ride and I race up those hills without a struggle (not really possible on my pedal-only bike.
The bike is awesome! Its comfortable, agile (for a heavy bike), powerful and fun to ride. I added fenders, since I live in WA and wet roads are a constant. I also added front and rear lights, which makes me feel safer, for sure. My ONLY complaints are: the derailleur was bent in shipping and I had to have it repaired, I was told I would receive a credit, which has yet to appear. And the bike is pretty heavy, its rough loading in my Tahoe and not possible for my wife or someone smaller framed. Otherwise this is a REALLY good eBike!

My first ever ebike. Love the style. Love the functionality. I've only had the bike a few weeks, but it has met every expectation so far, and it has just been a blast to ride. The bike was delivered as expected, and as I was opening the box I realized I hadn't been so excited about a bicycle since I was a kid, and that was a long time ago.

The bike is very rugged, seems well built, and as many have said, is bigger than you think. That's what I was hoping because I'm a fairly big guy myself. The bike is a little heavy, but because it's foldable I often leave it in my Jeep and just bring the battery in to recharge. That adds to the convenience of riding whenever and wherever.

This was not an inexpensive purchase, but I'm glad I bought this bike. Because of the fun factor, the list of competitors is growing fast. My research confirmed Aventon had the reputation I could trust to stand behind the product. I'm a satisfied customer, and the people who see my bike want one too.

I’m very happy with the bike. Good job Aventon! It shipped out the same day I ordered it. Fed ex delivery was quick. It was already assembled except for a couple minor parts. I bought it mainly for my boat. So when we travel to a different port we have transportation now. It folds up small enough to stow away. The detail is amazing and everything works perfectly. If you are buying a fat tire bike I would definitely suggest a fat tire e bike like the Sinch. Fat tires weigh more and are harder to peddle. The Sinch makes it a pleasure with the adjustable power assist. I’m using it off road more then expected. The power is great and it does 20 without even peddling. It’s smooth!

The sinch was a cinch to set up,made a few adjustments and took it out for a ride,so far so good!

The bike is a looker and has an unique look. As everyone says first.... It is bigger than it looks. In the folding market, this might be the boss, but the flip side is that folding only saves a bit of space. It is too heavy to carry far and too large to fit in smaller cars without effort. There isn't a way to secure it folded and there doesn't seem to be a way of lifting and carrying it that isn't awkward. 4 inch tires are almost too big to have this feature make a lot of sense.
The hidden battery is super nice and you can charge without having to take it out. Its a quality bike and does what it promises to do. I just recently added fenders which after one ride, you wonder how they sell the bike without them. If the fenders and a cargo rack were included then the starting price sounds right. After researching for days, it does seem to be priced a bit high, even more so sitting next to the loaded Level. Its a great bike that you will enjoy. 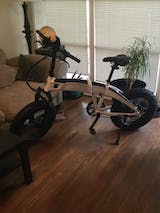